One year, one night it was Halloween. Many children went for trick or treat. One boy saw a strange girl. She had her hair on her face and she was wearing something white. The boy thought she was wearing a costume.

The girl went to an old house and the boy followed her, passing the forest. When he was about to knock on the door, he looked back and he saw one of the trees was closer to him. He knocked on the door and the door opened, the lights in the house turned on and he went inside. There was broken glass on the floor and a burned sofa. He heard a noise and he walked up the stairs and saw the girl again. She stood up and started going towards his side.  The boy ran down the stairs and he got outside but the girl was in the garden!  The boy jumped the fence and start running but the girl caught his leg and she dragged him back into the house. He started screaming and calling help. Then, one light in the house turned on. My friend Jake was walking past the house and saw the boy without eyes and the girl, who was smiling, ran out of the house and started trying to catch Jake but he escaped. 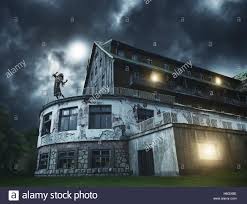 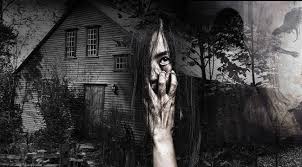