When the intern walked slowly into the detective's office in the police station, he was almost scared. It was his first day and he had heard rumours about a strange new case that was assigned to the detective who he was doing an internship with. "Come sit, boy", the detective said, without looking at the intern.

"What's the case I've been hearing about?" asked the boy.

"Oh, that? You know what's great about reportets?"

"They record everything that happens, and this one's no exception. She recorded everything. The damn fool that killed her didn't think to even break the camera".

"So can we see the footage, sir?" said the intern, already thinking that the killer might have left the camera there for a reason.

"Of course, but you won't enjoy what you see." The intern doubted that. One of the reasons he wanted to become a homicide detective in the first place was his love for horror films. "So what's the victim's name, sir?" asked the intern.

"Hello everyone", started Linda in the video "We are outside the Bright Horizons Asylum, a building whose dark history is covered in mystery and questions. Those questions are the ones that we'll be answering today!" she said with a smile and gestured to the man behind the camera who followed her to the front door.

The Asylum was a big old stone building in the shape of a square with many windows but only one entrance, the front door. 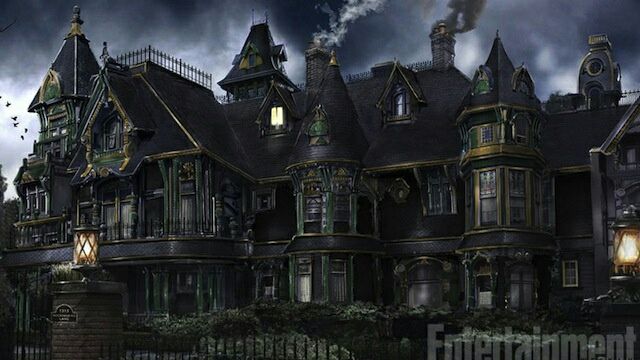 "We are lucky! the door is locked from the outside", the reporter said, while getting her lockpicking tool out. "This is ilegal in so many ways", thought the intern.

When the reporters got in to the dark room, Linda turned on her flashlight. "Before it became an asylum, this building was a mansion of a great family of the city, the Drays they were called!" Linda continued further into the building, constantly looking back at the door. She was scared, even though she was trying to hide it, You could see it in her eyes. The room they were in was large with two curved staircases going to the same place, a balcony with a big door.

After she passed through the door, Linda started talking again. "This was the the small canteen, only the most violent prisoners ate here -" she was interrupted by a loud sound coming from the first room, the sound of a door closing. "Umm, that was probably just the wind, right?" said Linda, she must have got an answer from the cameraman because she rushed to the door and tried to open it. "The door is locked from the outs-". Again, Linda was interrupted, this time by a male scream. The camera dropped to the floor but you could clearly see Linda looking back slowly and a figure dressed in a straitjacket, standing on the balcony in front of the camera, the sleeves of the jacket that would hold the two arms together were cut. The man was covered in blood. He had three scratch marks on his heel. The man jumped towards Linda, with seemingly no effort and landed right in front of her….. Then, the detective and the intern heard a female scream, and the footage cut there. Some blood from the dead cameraman must have gone in and stopped the recording.

"That was very strange indeed, detective!" The intern said with a smile, clearly trying to hide the fact that he was traumatised by the recording. "Go home kiddo, you look like you just saw an elephant giving birth." The detective said. After the intern was gone and the door was closed, the man removed his shoe and started scratching the three scratch marks on his heel. "This will be a fun one!" he said with a laugh.